The art of violin making hasn’t changed for more than 350 years. Luthiers across the globe are still using the same techniques, wood and glue today. 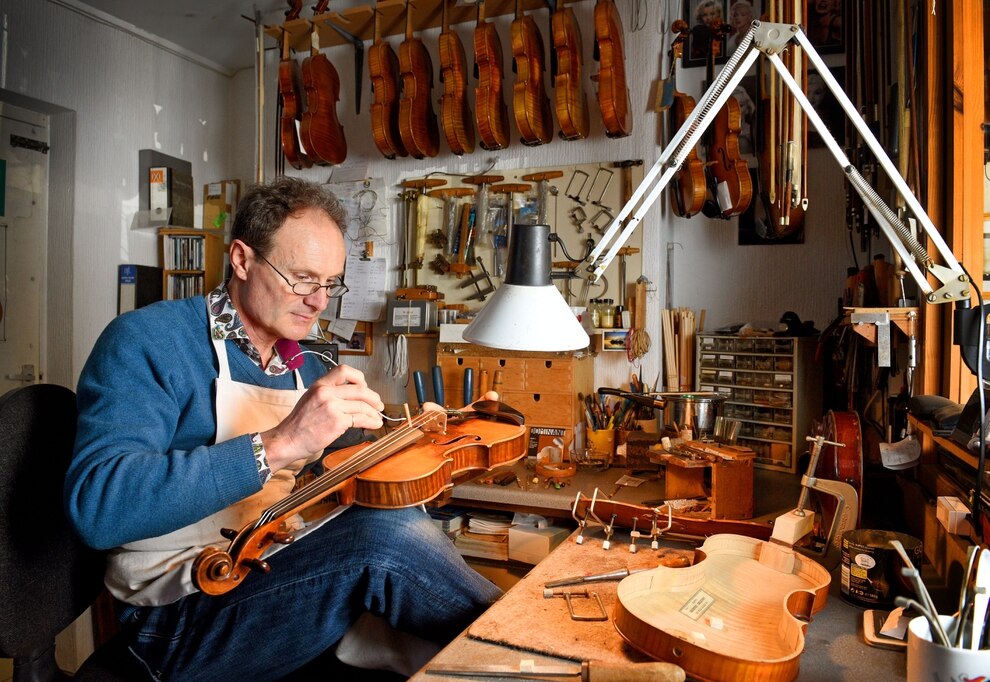 Anthony, who also makes violas and cellos, in his workshop 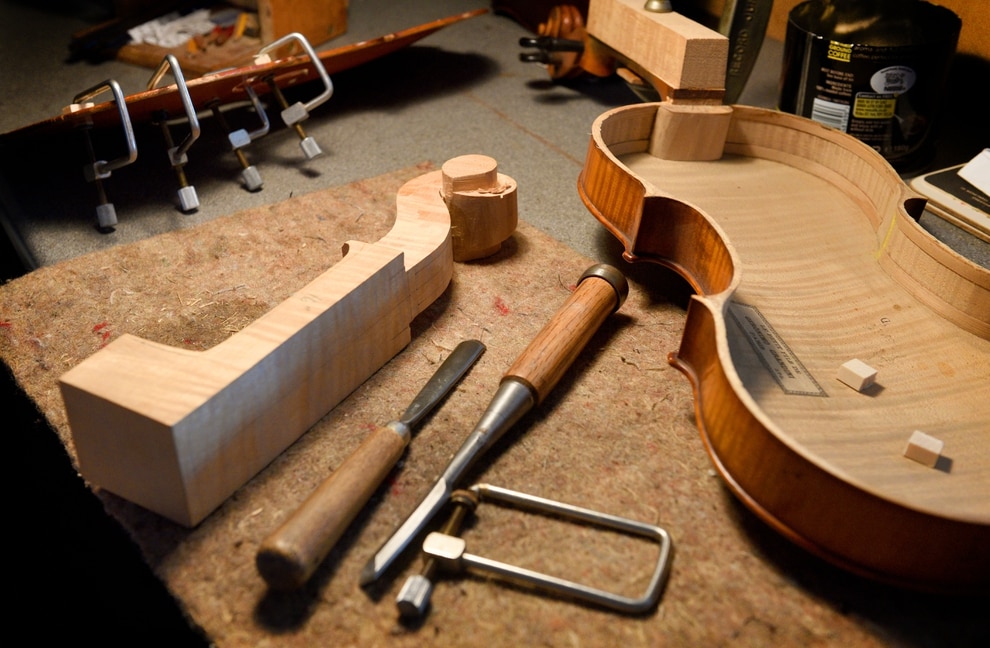 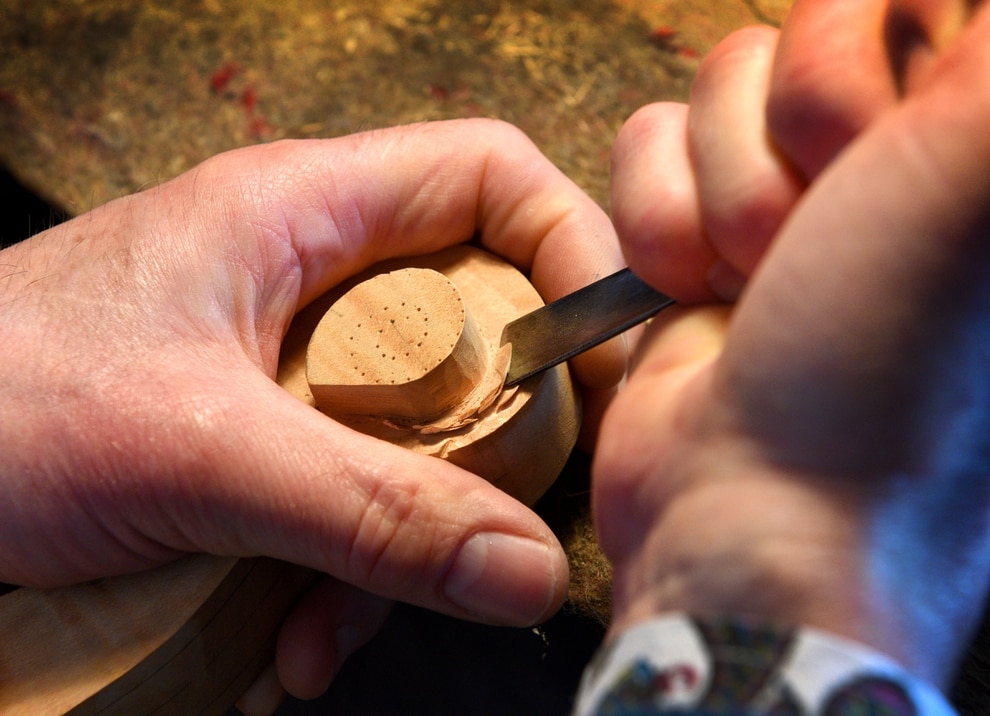 A careful and steady hand is always needed

And among those keeping these traditional skills alive is Anthony Nickolds, who has been making violins since 1981.

He fell in love with the craft after training at Camilli Violins in Birmingham, a shop which used to stand where the Symphony Hall is today.

“It’s the artistry I love – you are carving from a solid piece of wood to bring a violin to life and each one is unique,” says Anthony, who has a shop in Wall Heath where he also restores and repairs older instruments.

The walls of his shop are covered in his handiwork but if you are expecting him to play you a tune like a seasoned musician you might be disappointed.

“It’s a common thing that makers and repairers are not players. Our skill set is very much in the making and repairing. We can play but we don’t do it very well.

“It’s the same with players, they will know how to play but they will not know how to make or repair a violin or how it’s put together,” explains the 60-year-old.

Each of his instruments comes together from parts carved out of maple, pine and ebony; maple is used for the back, sides, neck and scroll with pine used for the front and ebony used for the pegs and fingerboard.

“It starts with a mould and I build the pegs around the mould before carving the front, back and scroll. I then assemble everything before varnishing it.

“That’s a very quick guide to making one – it can take three to six months to make a violin. You are always waiting for glue to dry so I will be working on two at a time so while the glue is drying on one I can work on the other one.

“The glue is Scotch hide glue which is the same one that has been used for 350 years,” says Anthony, who previously had a studio in Tower Street, Dudley before moving to Wall Heath in 1999.

The same process is used to make violas and cellos. “For a cello everything is four times as big,” he adds.

His creations are popular with budding musicians who are aiming for a career in an orchestra and are studying at the Birmingham Conservatoire.

Most of his customers are in the Midlands and the surrounding area but he has made and sent four violins to Singapore as well as one to Australia in the past.

When strings players are looking for their new instrument it will all come down to the sound, he tells us.

“The quality of the make is important to a player but it’s really all about the sound. They all sound different and you never know how it’s going to sound until it’s strung up.

“Even in wood from the same tree, there will be different resonance which can make it sound different.

“Players will pick a violin they like the sound of so you might get a player who picks one up and doesn’t like the way it sounds but the next player might pick the same one up and love it.

“Violins are all naturally unique and they’ve each got their own character. It’s not an easy instrument to learn to play but once it’s been mastered the sound is beautiful,” says Anthony, who previously trained as a pattern maker with Bevan Simpson in Tividale.

Customers commissioning a violin are invited to be involved in the process by choosing the wood themselves and seeing each of the different stages of the process.

“They can choose how they look when they are finished. Some players like them to look brand new while others want them to look older than they actually are, it all comes down to the individual and their tastes,” he says.

When it comes to learning the craft, he says it’s important to have a steady hand and to also be a perfectionist.

“You have to work precisely to get it right. You’re never really happy with an instrument and you always think ‘I’ll do better on the next one’.

“The first time I made a violin I was hooked but I knew I had to do better next time. That’s how you keep improving and getting better. You’re never entirely satisfied with your work, there’s always room for improvement,” Anthony tell us.

He says the hard work and dedication really does pay off. “It’s very rewarding making something from scratch and it’s relaxing work,” says Anthony.

These days his time in the workshop is divided equally between making instruments and repairing and restoring them.

Players will bring their violins to him for work while people will also bring instruments they’ve discovered in their loft to be brought back to life.

“A lot of people will have played when they were at school but then they’ve given up, got married, had a family and then they’ve decided to take it up again. But when they get their violin out they realise it’s in need of some restoration so they bring it to me and I start it off for them and they are away playing again,” says Anthony.

He also keeps an eye out himself for any he thinks can be restored and aren’t beyond repair.

Restoration work can be pretty labour intensive though, he says. “It can take hundreds of hours – it can take as long to repair a violin as it does to make a new one to get to how it used to be,” Anthony tells us.

But he says that once they are repaired they will last for a long time and says it’s not uncommon for them to pass through generations.

He loves picking up a violin which has been around for 100 years and that he knows has a history.

“Even after the maker has died the instrument lives on. It’s a pity they can’t talk and tell us where they have been,” says Anthony.

Man's best friend: Can you solve these Tastybones visual puzzles? 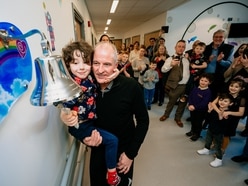 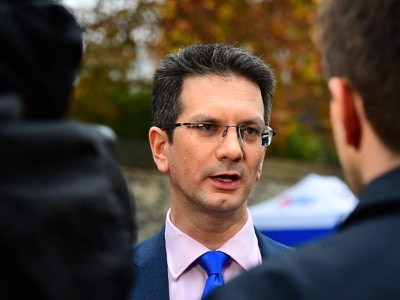 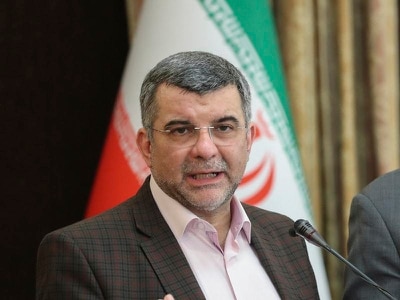