It's Molineux but not as you know it. 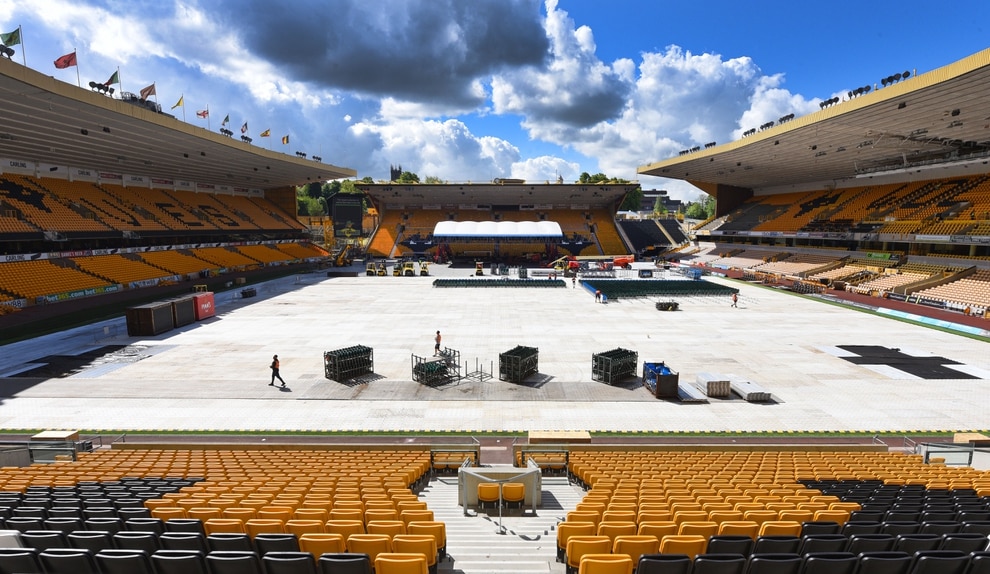 The Molineux pitch has been covered 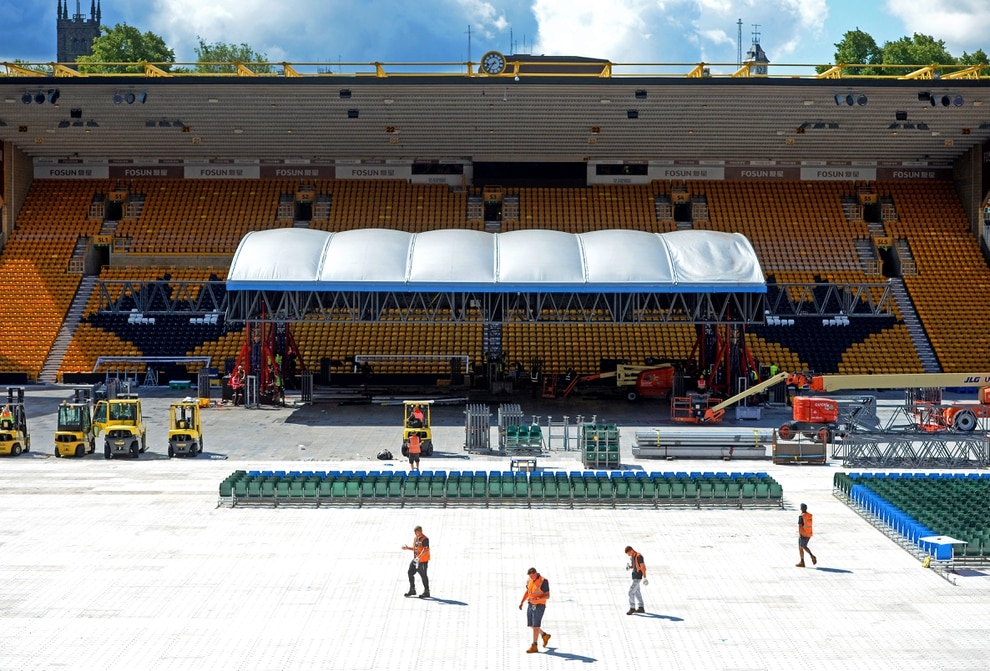 The stage being constructed in front of the South Bank 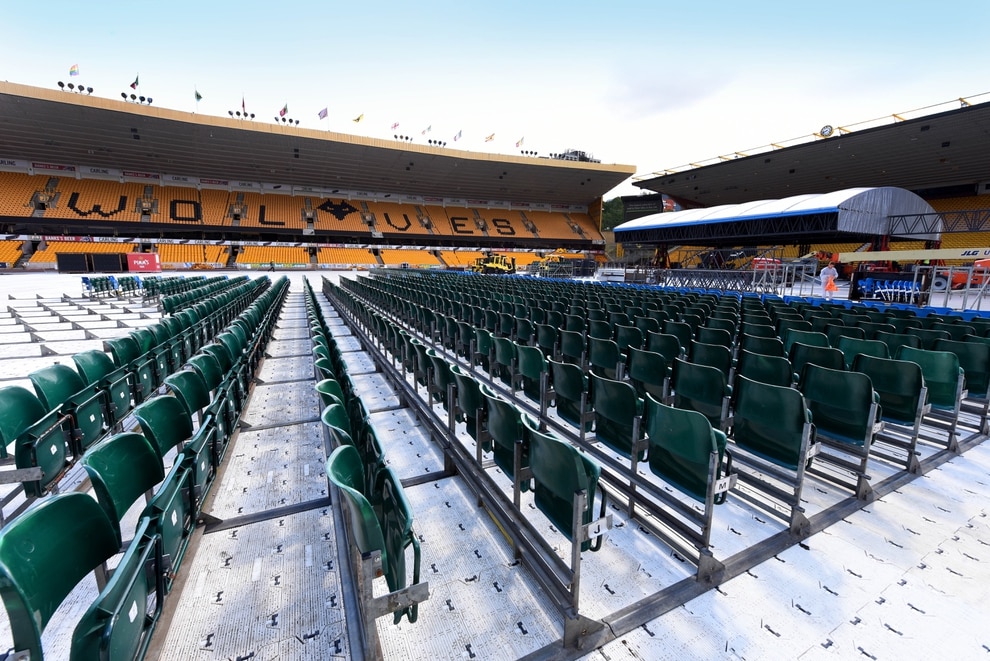 Seating has been installed on the pitch

The stage is being set for one of the biggest shows in Wolverhampton for years - as rock legend Sir Rod Stewart prepares to arrive in the city.

The 74-year-old superstar will play to a crowd of 25,000 people at the home of Wolves tomorrow night.

Read more: Rod Stewart in Wolverhampton: What time will he be on stage? What songs will he play? And who will be supporting?

A special material has been laid to protect the pitch ahead of the new season. Work was continuing yesterday to construct the stage in front of the South Bank, while seating has been fitted on the pitch.

It promises to be a night to remember with Sir Rod to belt out some of his most famous hits from his career spanning five decades.

A fan park will be open to fans with tickets in the Stan Cullis Stand and on the pitch. Doors will open from 5pm with the entertainment expected to begin around two hours later.

It will be the first time since 2003 that a major music concert has been held at Molineux.

Sir Rod, 74, is playing 22 shows this year, including 13 across the summer which are mainly outdoor stadiums. There are a further nine shows planned scheduled for November and December when he will play indoor arenas, culminating in two shows at London’s O2 Arena.