Mary Beard returns home to Shropshire after 50 years - with pictures

She can bring to life the history of first century Pompeii or Rome like almost nobody else. 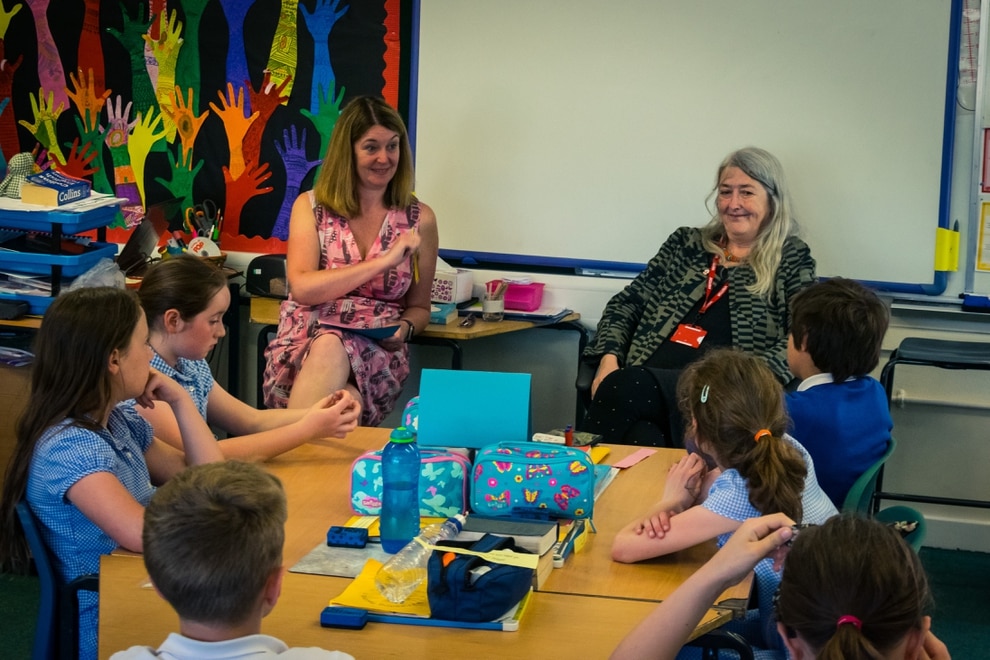 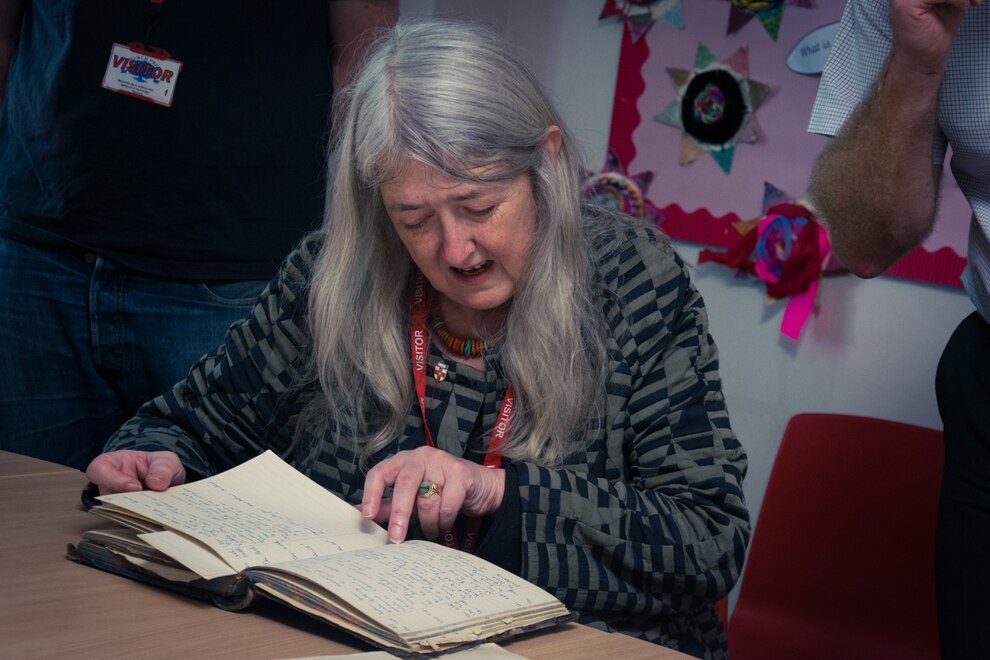 Mary looking at a notebook her mother, the headteacher at the time, filled in 50 years ago 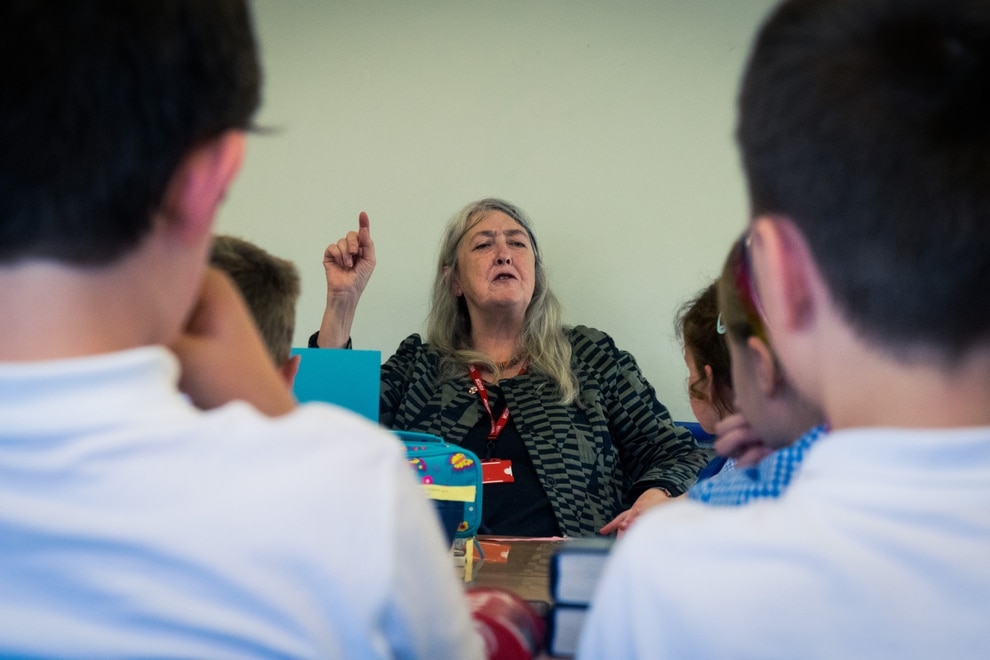 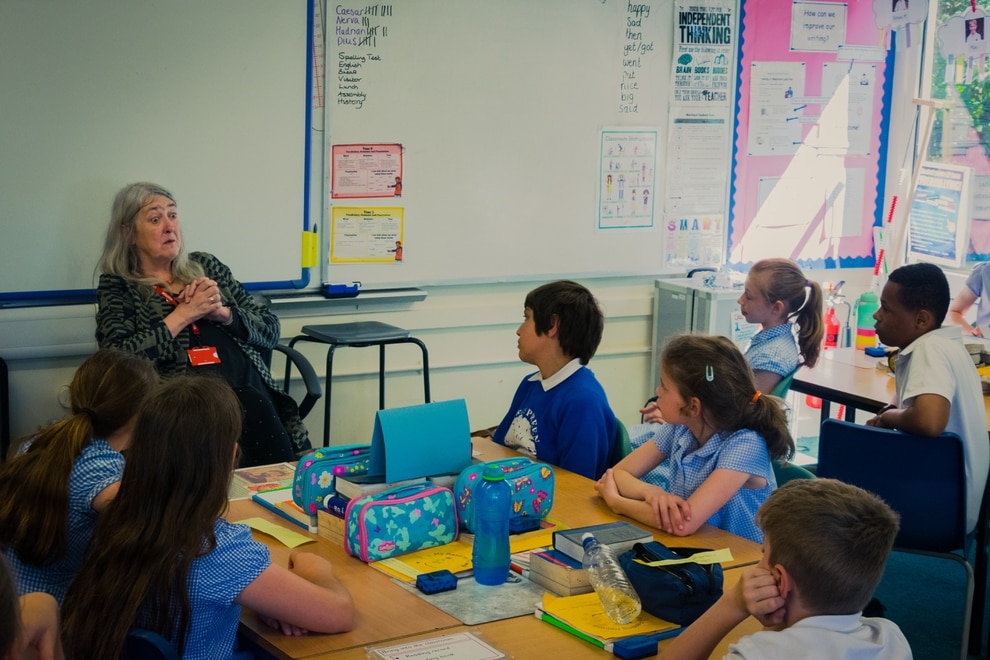 Mary is best known for her documentaries on Roman history 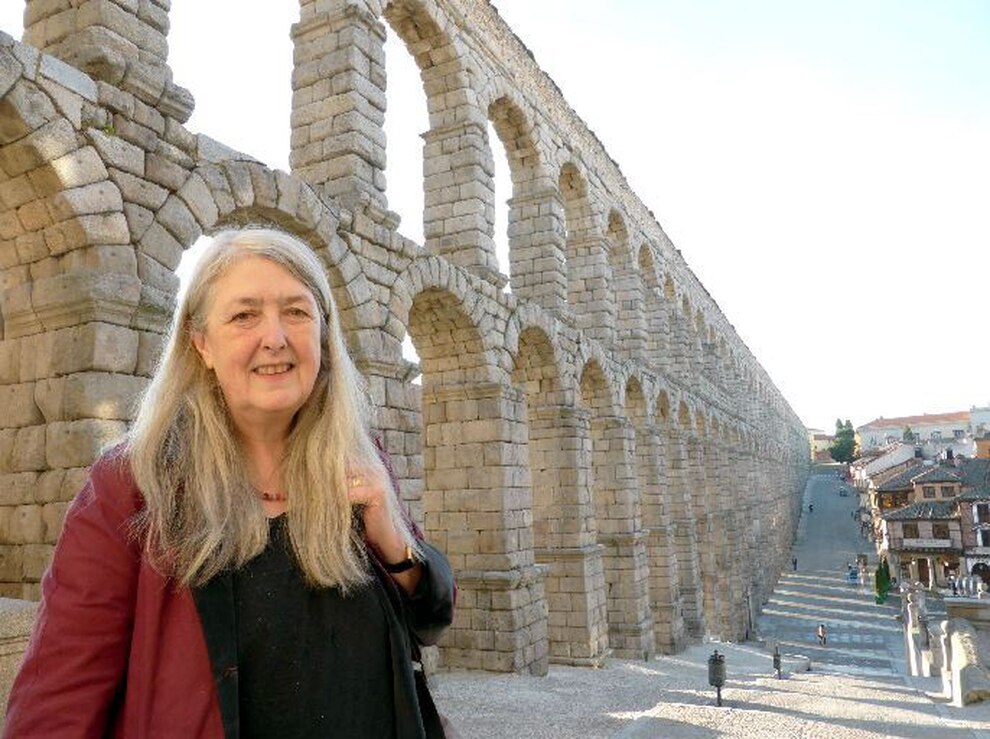 Mary is best known for her documentaries on Roman history

But during a trip to her old school in Church Preen, near Much Wenlock, professor and broadcaster Mary Beard was given a chance to take an unexpected look at her own history.

Her mother, Joyce, had been a headteacher at Church Preen Primary School more than 50 years ago, and Mary was allowed to read over the notes she had made about day-to-day life.

The Cambridge professor was later given the chance to walk through the old school house, where she'd lived as a little girl.

But the trip wasn't all nostalgia, and Mary spent more than an hour taking questions from an inquisitive class of children desperate to learn more about Pompeii and about what it takes to forge a career in television and academia.

"My mother would have been proud," she said.

"I thought it was great to go into a school where they knew a huge amount – they had spotted things that were problematic. I wish some of my students would do that sometimes.

"Whether you do it with table names or whatever, you have to find ways for kids to engage with Roman emperors. They're 2,000 years dead and it's hard to know very much about them. They're important in all sorts of ways – Julius Caesar created the world we live in in many ways, Hadrian had a big impact on Britain. Giving kids a way to engage with these characters is terribly important.

"We had a conversation about how many people had died in Pompeii and how many people had lived there, and how historians try to work out those numbers. They're kids, but those are the questions that you're asking at undergraduate level. I was really very impressed."

It had been a long time since Mary was last in Much Wenlock, and during her stay she took the opportunity to look around her old town. It wasn't as she remembered it.

"I went through the town and some bits look completely different, while other bits are so familiar down to remembering who lived in a certain house when I was here," she said.

"Everything that used to be a shop when I lived here has now changed into a rather posh house.

"There was a train station when I was last in Much Wenlock. In the big cuts the station was shut, I remember going to see the last train that left Much Wenlock station."

The school had seen a number of changes as well.

She added: "It looks absolutely the same from outside, but they've changed the inside. There are bits that are familiar.

"My mum was the head of this school when it moved out of the school house to here, so I remember very vividly the school being built.

"I remember them talking about how it was going to be designed.

"They've got more children now than when I was here, so obviously they've needed more classrooms.

"It's been done very well though. Even 50 years later it still feels very fresh."

When Mary was old enough to leave the infant school, she was moved away from Church Preen School to Shrewsbury.

Her mother decided it would be better not to teach her young daughter – for both of their sakes.

"My mum thought it wasn't a brilliant idea to actually teach your child," she said.

"What she said was that she was aware when I would say something naughty in infants, my teacher would tell my mum. But she would keep being cross with me in the evening. You got told off at school, but then you'd get told off at home as well.

"Every other kid went home and it was all fine. And I was still in trouble. She felt you had to separate school and home as much as you could."

Before speaking with the youngsters, Mary was given the chance to read through the old school diaries.

For the most part it was mentioning which children had head lice and nits, how late milk deliveries had become and that the piano needed tuning.

But in the mundane updates was something special – the notes had been written by Mary's mother.

In the book were dates that Joyce had left on a very short maternity leave and when she'd left for another school.

After the talk with children, Mary was invited into the old school house by the current owners.

It had changed a lot, but there was one room she instantly recognised.

"One of the things you don't forget – even when you are 62 – is where your bedroom was," she said.

Britain's tallest man drops in on Shropshire schoolchildren - with video

What the papers say – January 24