School-run traffic is “chaotic” across Telford, according to one academy leader, who also claimed his campus is at “crisis point”.

The vehicles are using a road layout that has not changed since HLC was formed from separate infant and junior schools, despite a five-fold rise in student numbers.

Councillors commented that other schools saw similar “gridlock” at peak times, and heard suggestions of a one-way system or a borough-wide bus network to deal with the problem.

Mr Roberts told Hadley and Leegomery Parish Council he had grappled with the problems for eight years.

He said: “It’s safe to say that, whilst all schools have this issue, we are in a position of crisis. I don’t use that term lightly.

“When Hadley Infants and Juniors were in place we still had the same road system. They had a combined total of 300 students. We’re well above 1,700 now.

“And things have changed. Fewer parents accept having their child walk to school on their own. And, when students turn 17, they get very excited and want to drive themselves. So there are a lot more cars.”

Mr Roberts said he surveyed Manse Road and Crescent road between 8.20am and 8.35am on the morning before the meeting and counted 488 cars accessing HLC.

“The weather was quite good that morning,” he said. “If it was raining, you can add another hundred to that figure.

“Basically, it’s gridlock. When it’s gridlock, people become erratic. If you’ve got students crossing, who maybe can’t see over the traffic, and drivers trying to nip in and out trying to get through, it’s a cocktail of disaster.”

Mr Roberts said the school was encouraging car-sharing among both students and staff, but hoped a more long-term solution could be found.

His own suggestion, which he admitted came from a lay person, was to create a one-way system with a dropping-off lane.

He said: “It isn’t just HLC. Thomas Telford School, where my daughter goes, is just chaos. It’s the same in other schools. We’ve got a lot of people being transported across the borough.

“The more sustainable answer is to look at a network of buses, or something.”

Chairman John Smart told Cllr Wood he agreed in principal, but it was beyond the parish council’s power to approve something like that.

Hadley and Leegomery Parish Council clerk Jon Brumwell said he had been in touch with Dominic Proud, Telford and Wrekin Council’s highways service delivery mananger, and could arrange a meeting to discuss the options.

Councillor Malcolm Smith, who also represents Hadley and Leegomery on Telford and Wrekin Council, said: “This whole town was built for the car, and has been from the start. Now we’re reaping the consequences of that.” 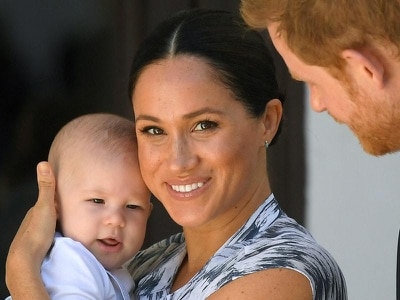 How will life change for Harry and Meghan when they leave royal life?