May should quit next month, says Iain Duncan Smith

Cross-party talks on ending the Brexit deadlock are set to continue.

Theresa May should stand down as Prime Minister next month, former Tory leader Iain Duncan Smith has said.

Mr Duncan Smith said the Prime Minister should quit before European Parliament elections due to be held on May 23.

He told Sky News’ Sophy Ridge On Sunday: “I know that the Prime Minister has already said she’s going. She said she would go as and when the agreement was ratified which was looking at around about May, June. I think those dates still stand.

“I think that what the PM has to do is aim everything now towards departure before the Euros (elections) which would then allow her to step away having done what she said she would do, getting the UK out of the European Union one way or the other and then we can have another leadership election and pick a new leader which is the way it has to be.”

The Conservative grandee said polling on the party was currently concerning and blamed delaying Brexit to October 31 for the situation.

The comments came as Cabinet Office Minister, and Mrs May’s defacto deputy, David Lidington, said talks between the Government and Labour on Brexit would continue.

Mr Lidington told BBC1’s The Andrew Marr Show: “They are certainly going to continue next week.

“I had a good, business-like meeting with John McDonnell a couple of days ago, and what we have agreed is a programme of meetings next week on particular subjects with the ministers and shadow ministers concerned getting together to talk about things like environmental standards, like workers’ rights, like security relationships between the United Kingdom and the EU.

“And then we would hope to take stock of where we are as soon as Parliament gets back after the Easter recess.

“But, I don’t think that this question can be allowed to drag out for much longer.”

Mr Lidington said: “As Government, we have always made it clear that while we will do our best to try and reach a compromise with the main opposition party – it would mean compromise on both sides.

“If that doesn’t work then what we will want to move towards is to put before Parliament a set of options with a system for making a choice and Parliament actually having to come to a preferred option, rather than voting against everything.

“Government said we will stand ready to implement what Parliament decides.”

Mr Duncan Smith’s remarks came after Tory grandees raised the possibility of a change in the rules governing challenges to the party leader.

Under the current system, a move against the leader can only be brought once in a 12-month period.

Mrs May saw off a bid to oust her last December and so would not expect to face the risk of another possible attempt to topple her until the end of the year.

However, two former chairmen of the 1922 Committee of backbench Tory MPs said rules could be changed.

Writing in the Sunday Telegraph, Lord Spicer and Lord Hamilton of Epsom said the 12-month rule on no confidence votes had been “interpreted as being immovable”.

“It is reported that in order to change this rule the whole Conservative Party constitution must be opened, a National Convention called and even that a petition of 10,000 members is required. This is not the case,” they said.

Insisting that party rules were “not the master”, they added: “Conservative MPs are responsible for their party. If they wish to change these rules there is nothing standing in their way.”

Current chairman of the 1922 Committee, Sir Graham Brady, told the paper: “It is my understanding that the rules could in future be changed by the agreement of the 1922 executive.”

He added that it was “less certain that it would be possible to change the rules during the current period of grace which was initiated with the triggering of a confidence vote on December 12 last year”.

It was launched after Sir Graham received letters from 15% of Conservative MPs writing a letter asking for a vote.

Mrs May won that ballot by 200 votes to 117, but following the delay of Brexit to October 31 a number of Tory Eurosceptics have raised questions about her future as Prime Minister. 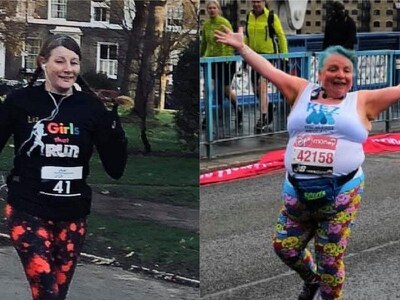 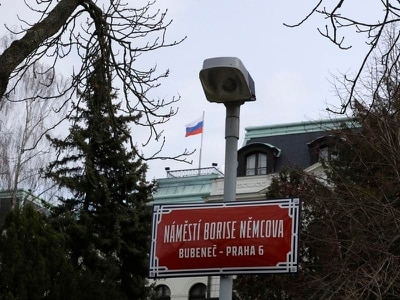