The USA, Canada and Italy have all said they will evacuate their citizens from the Diamond Princess.

Britons on board the quarantined coronavirus-hit Diamond Princess cruise ship have accused the Government of “forgetting” about them.

Passenger David Abel called for the UK Government to evacuate them from the ship after other countries confirmed they were bringing their own citizens home.

The USA, Canada and Italy have all said they will evacuate their citizens from the cruise ship, which is moored at Yokohama Port near Tokyo.

So far 355 of the 3,500 people on board the ship have tested positive for the virus.

In a video message on Sunday, Mr Abel said: “Every country except the UK has become involved, and that is really wonderful for the people on board the ship.

“Every country except for the United Kingdom.

“It feels that we have been forgotten. That you don’t really care about us, and that you’re actually not wanting us to come home.”

It is understood that a repatriation flight is one of a number of options being considered by the Government.

Fellow British passenger Alan Steele – who was diagnosed with the virus and taken to hospital – said it was time for Prime Minister Boris Johnson to “get the Brits back”.

Mr Steele, from Market Drayton, who was celebrating his honeymoon on the cruise ship with his wife Wendy Marshall Steele, form Tettenhall in Wolverhampton, has since said he has now tested negative for the disease.

He posted on Facebook: “I think it is about time boris got the brits back to england as the japanese are being totally incompetent and do not realise you cannot keep ppl in solitary confinement for 28 days without damaging their mental health.

“What does WHO [World Health Organisation] have to say about this and I am sure cruel punishment like this has to be illegal.”[sic]

Their calls came as it emerged that some passengers fear they may be kept in quarantine beyond the initial February 19 deadline.

Princess Cruises president Jan Swartz said that Japanese officials may extend the quarantine for guests who have shared cabins with someone who has tested positive for the virus.

She added: “We also now understand the Japanese may handle a select group of guests differently, anyone who had close contact with a person who tested positive – such as a cabin mate – may have to restart their quarantine from the date their close contact ended.”

A Foreign Office spokeswoman said: “We sympathise with all those caught up in this extremely difficult situation.

“We are urgently considering all options to guarantee the health and safety of the British people on board the Diamond Princess, in line with the latest advice from the Chief Medical Officer and the World Health Organisation, and are working closely with the Japanese authorities and our international partners.

“Our staff in Tokyo, including the Ambassador, have been in regular contact with the British passengers and crew on the Diamond Princess and we have also been speaking to families in the UK.” 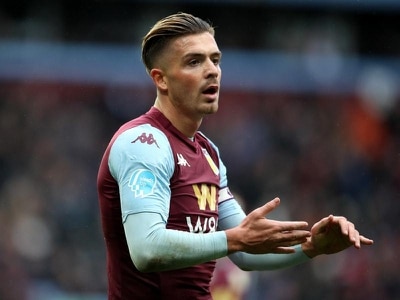