#NotMyPM: Opponents round on Boris Johnson as he’s elected next prime minister

With nine out of the top 10 trending hashtags related to the Tory leadership race, #NotMyPM neared the top of the list.

Nine out of the top 10 trending Twitter hashtags in the UK on Tuesday afternoon were related to Boris Johnson’s win as Tory leader, with #NotMyPM among those at the top of the list.

The hashtag is reminiscent of #NotMyPresident which began trending after Donald Trump was elected in 2016.

The hashtag sparked a movement, Not My Presidents Day, with a series of rallies held in Washington in 2017.

Vocal critics of Boris Johnson have been tweeting their disappointment at the result of the Tory leadership race, which saw Mr Johnson beat Foreign Secretary Jeremy Hunt to the top job.

Heavy metal band Enter Shikari tweeted out a link to their song Hoodwinker, alongside the hashtag. Lyrics to the song include: “You are a hoodwinker, sir. What do you take me for, a fool?”

Former Conservative MP, Heidi Allen — who left the party to join Change UK, before becoming an indepedent — wrote on Twitter: “If ever I needed reminding why I left #NotMyPM”

“Your two-faced Trump-approved politics won’t last. We need a leader with vision and integrity who points to a future where nobody is excluded. Boris Johnson isn’t that leader- he’s a stone-cold opportunist and a liar. #NotMyPM”

Actress Charlotte Ritchie, known for her role as Nurse Barbara in BBC drama Call The Midwife, said: “Is this all a big joke? Is someone, somewhere having a big old laugh at the expense of literally everyone? #NotMyPM”

However, some have hit back against the hashtag.

Leave.EU tweeted: “To the stone cold losers in the pro-EU brigade crying about today’s result, we’ve got some news for you… If you live in the United Kingdom, from tomorrow Boris Johnson WILL be your PM. A trending hashtag isn’t going to change that… Sad!” 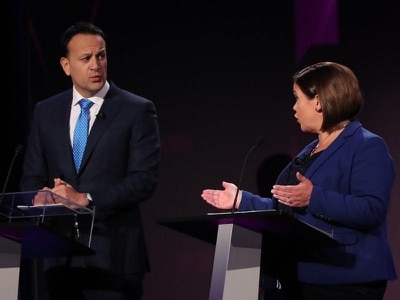