It’s often said they don’t make footballers like they used to. 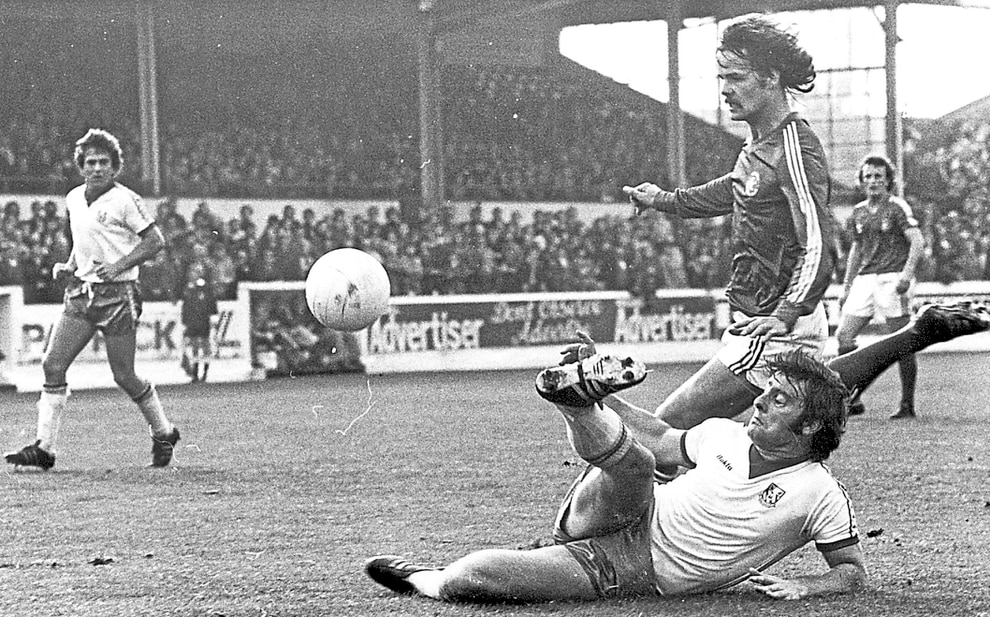 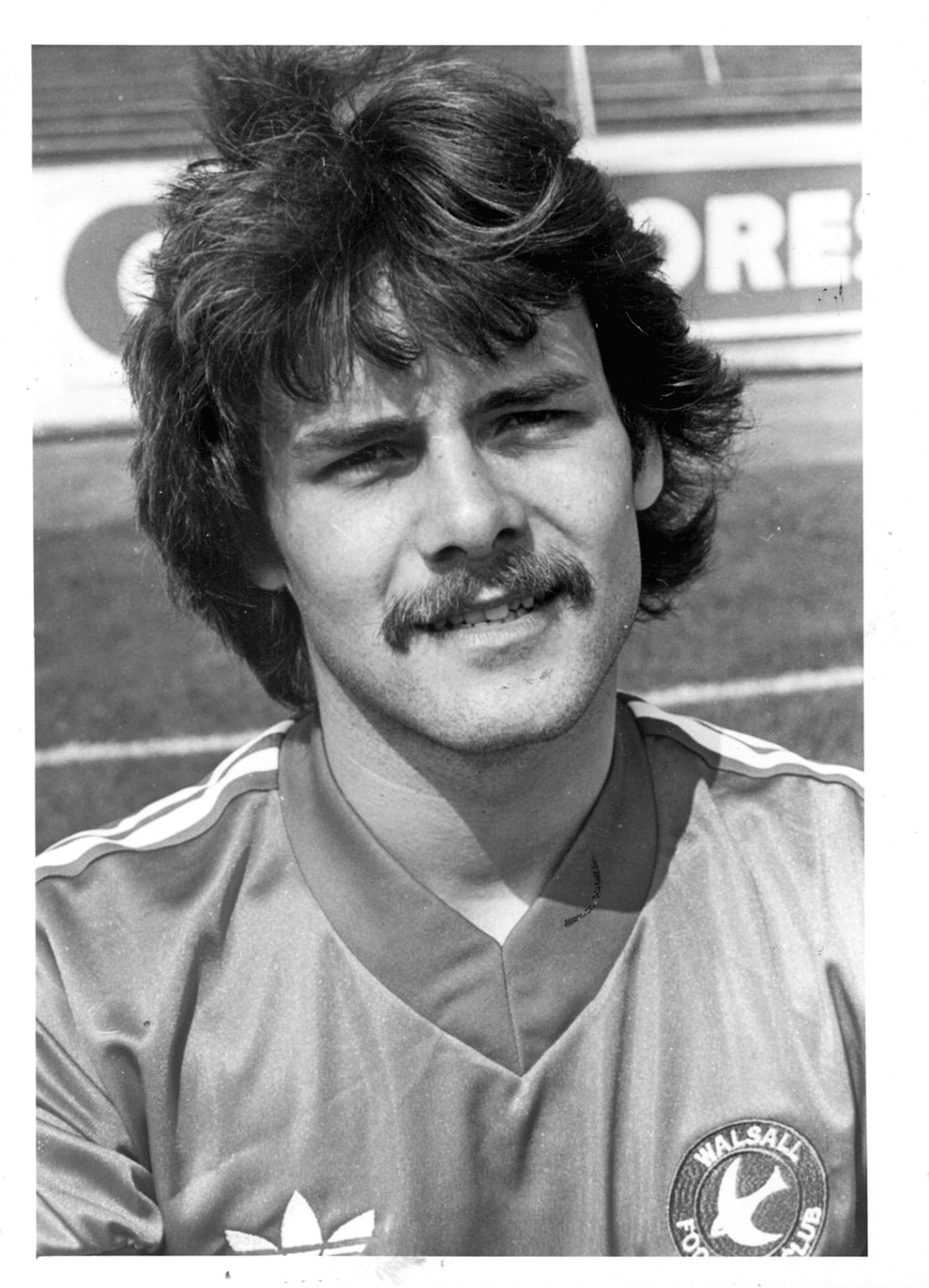 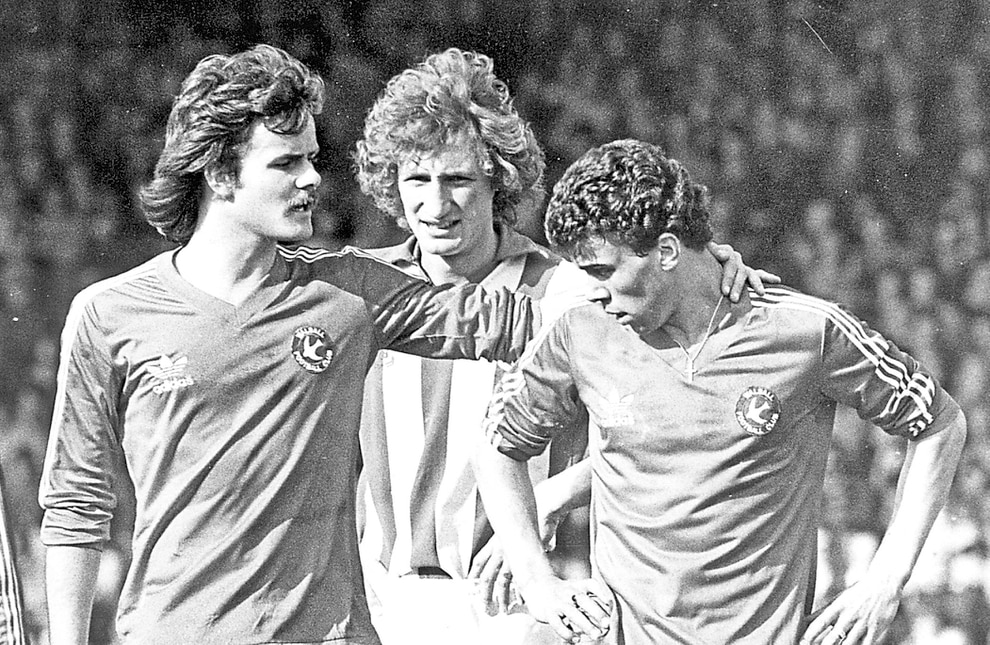 And that is certainly true when it comes to former Walsall, Blues and Southend centre-forward Roy McDonough.

One the biggest characters to ever to grace the professional game, the Solihull-born star holds a footballing record that will probably never be beaten.

Playing in an era where you could get away with almost anything, McDonough was sent off a staggering 22 times.

But the red cards really are just a small part of his story.

Fans can hear those tales first hand when he discusses his career at The Lazy Hill Tavern in Aldridge on April 18.

From falling out with icons, to excessive drinking and bedding more than 400 women – McDonough went on to write a best-selling book – titled Red Card Roy – because of his remarkable antics, both on and off the field.

And the signs he would go on to have a colourful career were there right at the very beginning.

While he was still at school, McDonough was banned from the game for six months for trying to throttle a referee.

At the time he was on Villa’s books. But manager Ron Saunders opted against giving him a deal and he was quickly snapped up by Blues.

A dedicated, teetotal professional at the time, he made his first-team debut in 1977 aged just 18, partnering Blues and England star Trevor Francis.

McDonough scored his first professional goal in only his second appearance – against QPR on the last day of the campaign.

A prolific pre-season then followed with striker seemingly all set for a career right at the top of the game.

“After that goal against QPR I promised myself I would keep my place and become a star,” McDonough told the Express & Star. “But that summer Sir Alf Ramsey joined the Blues board and he recommended they sign England under-21 striker Keith Bertschin.

“In pre-season, me and Trevor Francis had been on fire. We scored 16 goals between us, he got nine and I got seven. We complimented each other.

“But there was no way Blues were starting a First Division season with an 18-year-old up front when they had this expensive new signing.

“I had been scoring hat-tricks in pre-season whereas Birchy hardly scored at all. But he had more experience and fans were excited to see him.

“Jim Smith was the manager at the time. He was the best manager I ever played under but with my opportunities limited he told me I could speak to other clubs. I was devastated.”

Third Division Walsall seemed an unlikely place to resurrect a promising career, but McDonough wanted to stay close to home, believing it wouldn’t be long before he was back up the ladder.

The Saddlers stumped up £15,000 to sign him. But a series of events then unfolded at Blues which McDonough never recovered from.

“Joining Walsall was the biggest mistake of my life,” 60-year-old continued. “My debut was against Swindon and I got man of the match.

“But within a week, Francis and Bertschin both got serious injuries, which would have given me my chance at Blues, but it was too late.

“I struggled to come to terms with that. I knew I was good enough to play for that Birmingham side. But instead I was in the Third Division with Walsall.”

McDonough began slipping into depression, with the striker believing he was too good to be in the Third Division.

Things got worse when he didn’t get the goals he wanted – with the forward then going on to endure a frosty relationship with Saddlers player-manager Alan Buckley.

“At Blues I had learnt to become a proper targetman,” McDonough continued. “I knew how to run the channels, how to make the ball stick, when to keep it and when to play.

“Buckley was seen as the messiah by Walsall fans, but we were very different, I played with my heart on my sleeve – he did not,” McDonough continued. “I scored seven goals the year we got promoted but I was the player with the number nine on my back.

“If Buckley and Don Penn scored 57 goals between them, I set up 35 of the f***ers. But I had that number nine on the back and fans thought I should have scored more.”

McDonough’s relationship with a section of Walsall’s fans went from bad to worse.

“There were some fans who loved me,” he continued. “They were the ones who knew that when the ball is played forward it has to stick.

“If it doesn’t stick and just bounces off, you can’t then play that pass that leads the goal. But there were some fans who just thought I had to score 30 goals.

“I’ll never forget we played Doncaster at Fellows Park. I scored a 25-yard screamer. It was the winner. I ran around the pitch and gave the Walsall fans the V-sign.

During one game, McDonough had to be restrained from jumping into the crowd Eric Cantona-style after a ‘volley of insults’ from one ‘mouthy p***k’.

But it was when manager Buckley refused to offer him a pay rise that his time at Fellows Park came to an end.

“Midway through the season, Buckley called me into his office to tell me I was doing an unbelievable job for the team,” he said. “He told me I was the focal point and my hard work was the reason we were scoring so many goals.

“At the end of the season we got promoted and my contract had expired. I wanted improved terms.

“But when I asked, Buckley replied: ‘How many goals did you get?’

McDonough went on to enjoy cult-hero status at Southend and Colchester – where fans loved his never-say-die approach even if it did lead to a lot of red cards.

For the forward though, getting sent off was just part of the job.

“Physically, I always tried to dominate the centre-half, I had not done my job if I didn’t,” he said. “Yes, I’ve left it hanging in there one or two times for those who have asked for it.

“I’ve been nutted, kicked up in the air, elbowed, spat at, but it was never a problem if defenders were up-front with you. It was the sneaky, cynical ones I didn’t like.

“The violence wasn’t pre-meditated, it was self-preservation. I never set out to hurt anyone, well only once.”

The one time McDonough knew he was going to get sent off came in a now infamous clash with former Albion manager Tony Pulis.

The striker was playing for Southend at the time, while the current Middlesbrough manager was a midfield enforcer for Newport County.

Their pair had squared up in a previous game, a face-off during which, McDonough claims, Pulis spat at him.

In the dressing room before the rematch, McDonough warned his manager Bobby Moore that there may be trouble ahead.

“Mooro was an absolute gentleman and said, ‘Roy, son, don’t let me down. We need 11 out there. Whatever you do, stay on the pitch’. I said ‘You can trust me boss.’

“But I was only out there for seven minutes. The opportunity came too early, the ball was about neck high and I kung-fu kicked him.

“Even in those days, when you could pretty much get away with murder in the opening 10 minutes, I had to go. It was lucky I didn’t take his head off. Mind, it was worth every penny of the £100 fine.”

That story, as well as a host of other jaw-dropping tales, will be told in Aldridge next month. Tickets for the event, organised by Ace Events, cost £20 and include a fish and chip supper.

“All I can promise it that it will be honest and people like honesty with how the game is these days. All the stories will be told from the heart,” McDonough added. “I’m no superhero, I’m definitely not a saint, but I can promise by the end of the night everybody will be laughing.”