Gavin Cowan’s side have won just one of their seven games since the turn of the year, but some real misfortune has struck them late on occasions – not least against Farsley and Altrincham, writes Lewis Cox.

Striker Williams has nine goals this season, but just the one in 2020 – although he should go into tomorrow’s contest at Guiseley full of beans given he has smashed five goals against the play-off chasing West Yorkshire opponents.

Cowan’s men have tamed the Lions twice already this season, convincingly on both occasions, and a hat-trick could be the catalyst victory that pushes them back towards the National North top half.

The 4-1 and 4-0 victories came just over a month apart in late October and late November respectively.

The former, at the New Bucks Head, helped kickstart the ‘restart’ to the Bucks’ season after Cowan had moved to bring in new recruits.

The second victory was a stunning effort on the road in the FA Trophy as it looked like Telford may be ready to embark on another adventure in the competition before they were knocked out by Leamington.

Williams, who is pushing to lead Cowan’s attack alongside Marcus Dinanga or Matty Stenson, said: “We’ve been the best team for the majority of games since Christmas, but we’ve not been ruthless enough defensively or in scoring.

“Things have not been falling for us that have fell for the opposition and they’ve put it in.

“The luck has been against us but I’m not blaming it all on that.

“We’ve deserved more than what we’ve got but we’re all man enough to know we have to do it over 90 or 95 minutes.

“Our game management has to be better. We’ve got to put our chances away.”

“In the game at Altrincham we’ve got to do better in front of us. We didn’t and it’s cost us. The gaffer said we have to be more ruthless.”

The 14th-placed Bucks are eight points behind their ninth-placed hosts.

Skipper Shane Sutton missed the 5-2 midweek defeat at Altrincham with a calf injury sustained at home to the same opposition last weekend.

Cowan will hope winger Brendon Daniels continues his purple patch of three goals in two games, some of his best form in Bucks white since joining the club 14 months ago. 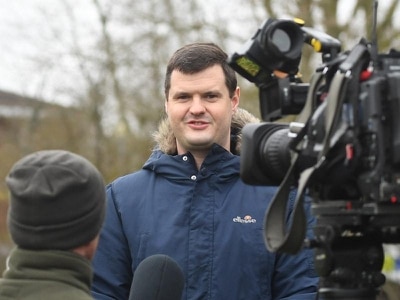