Sam Ricketts wants to take Shrewsbury Town into a new era by launching an ambitious B team and European scouting system in an attempt to mirror success at clubs such as Brentford.

The Town boss believes the ultimate aim of launching a B team, as well as tapping into different markets abroad to uncover young talent, will help the club bridge the gap on those clubs outspending Shrewsbury in League One.

The plans, which the club and Ricketts have looked into for a while, could first see Town forge links both at home and abroad where prospects can develop while under the club’s umbrella.

But the long-term aim is to recreate a model similar to high-flying Championship club Brentford, who launched their B team in 2016. The Bees’ back-up squad is littered with players from overseas, some of which have progressed into the first team and brought big success.

Ricketts, whose side head to in-form Portsmouth tomorrow, said: “We aim to be better and we are going differently about it.

“How can we bridge the gap and be more competitive? Going forward we have a plan in place. We’re in the very early stages and it takes a long time. Long-term vision is a hard commodity in football.

“If you stick to it, say like what Brentford have done in four or five years, they have had success.

“We have to think along those lines. It takes a while to bridge the gap and compete towards the top end on a regular basis.

“We can’t do it financially so we have to think outside the box.”

The boss added: “We have to think outside the box, we can’t put the club in jeopardy or spend money we don’t have because one day it comes back to bite you. We have to recruit from different areas and that’s what we’ll try to do. But it doesn’t happen overnight, it takes time.

“We want to improve. Brentford have their own way. Will we copy them? Not exactly, we’ll do it our way.”

“I know of players that are going to benefit the club now and in the future.”

Shrewsbury failed in a late deadline day loan move for Sunderland’s Will Grigg, Ricketts revealed yesterday, and the Town boss had also been keen on Joe Nuttall, Gary Madine and Sullay Kaiaki before all moved elsewhere.

Ricketts believes Shrewsbury must move differently if they are unable to acquire the division’s top talent.

Brentford’s first-team squad is made up of 15 different nationalities, and the B team follows a similar trend.

With no reserve or under-23s side on their books, Shrewsbury are looking at ways to incorporate younger players into the club without having to throw them into the first team.

“It depends what is feasible. Everything eventually costs money. It’s what would work and how we’d structure it.

“You have to look at areas, countries and leagues similar to ours, so they aren’t shocked by physicality, and areas where players are playing at 18 or 19 with first-team experience.

“We have to look outside England, which is saturated, areas that are untapped. I’ve got contacts all over Europe and we’re trying to use them, going to Germany, Poland and Austria. We’re looking there.”

Ricketts added: “As a club we’ve been looking into it for a little while now. I know somebody who was at Brentford at that time and how it all started out and how they go about it.

“Other sides are doing similar things in their own way. If you’re not the biggest spenders you have to think outside the box.

“It takes a while to get going, get up and running, but ultimately it’s trying to get the best players on the pitch on a Saturday.

“Whether that’s getting them younger, Davey Longwell is starting that in the academy to produce great young talent, or have them young but playing somewhere else and develop them over a year or two.

“We don’t have a reserves or under-23s, we’re either youth team or into the first team. We need an area to develop players. They might not be ready for six months or 12 months, but within that time they’ve trained the way we want to play to come into the first team seamlessly.

“Brentford have Brentford B. They don’t have a youth team – but I think that’s very important to the community.

“They recruit into the B side and develop in there. When it’s right they step them into the first team. We have to think ‘can we do things like that?’ if gives us depth to the squad.

“Like with injuries now we’re hampered because we don’t have anything to lean on. Going forward to develop we have to look very, very closely at what Brentford have done.

“If you want to bridge the gap you have to do something different. We have to go other ways and that’s certainly one other way.

“It’ll be a gamble to recruit players six months before anyone else, and you won’t get them all right, but if you get a couple come through then you’re developing your own players ready to fit within our structure.” 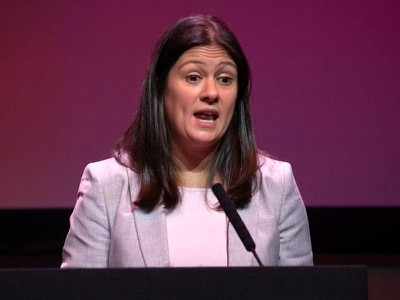